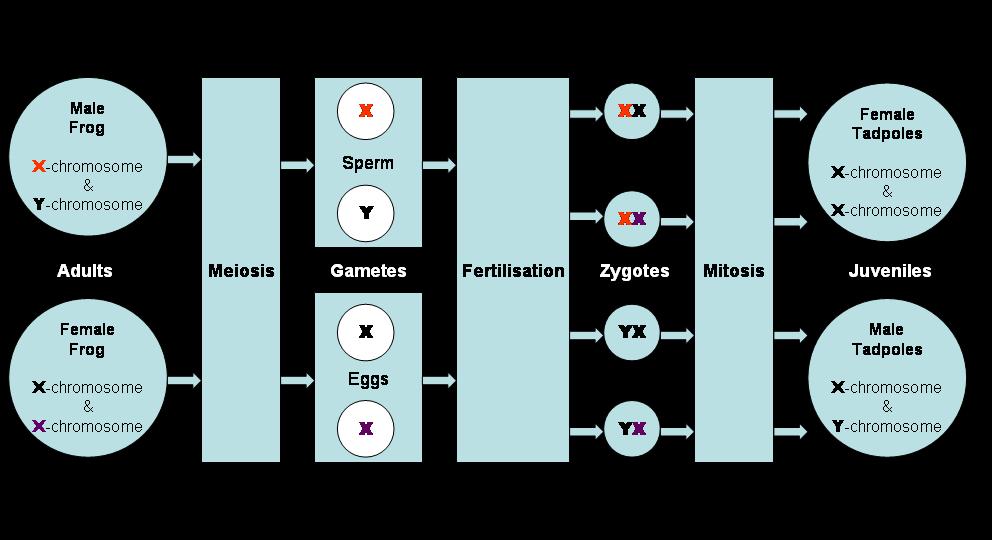 There are at least four types of Edible frog, which are indistinguishable from eachother, except by analysing their offspring. Depending upon the combination of other species present in their habitat, certain types of Edible frog prove non-viable in the long term.

In Britain and Western Europe, the only common combination of Water Frog species is called the L-E system (L= lessonae[Pool frog], E = esculenta [Edible frog]). This system comprises Pool frogs and Edible frogs of both sexes, and a small number of female Marsh frogs.